Overland Journal is getting a whole new look! Check out the new cover. The issue is devoted to Fort Hall, in southeast Idaho, where the conference is being held in August. The cover image is a portion of Great Falls of Snake River, Idaho Territory, 1876, a chomolithograph by Thomas Moran. I chose it because of the bright, dramatic colors—the contrast in the river gives it so much motion—and grainy texture. The design of the cover now has a wide white border around the image, giving it the feel of holding a snapshot (how old fashioned!) in your hand. I wanted the striking images that we are so lucky to run to seem framed—they are artwork, after all.

I had originally planned to wrap this around the front and back cover, but we ended up with an ad there. So I’ll use the full image (in black and white) elsewhere in the issue; I share a shot of it in a later post (once it gets approved by the editor). As always, the Library of Congress is a great resource. 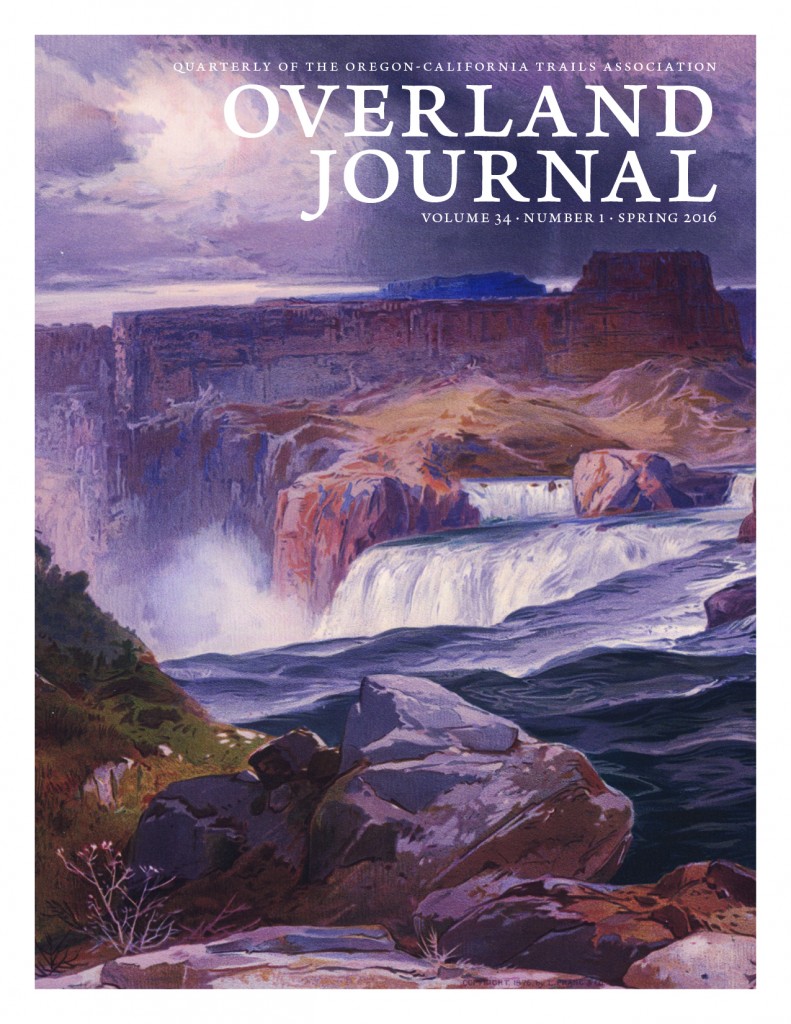 The new cover of Overland Journal