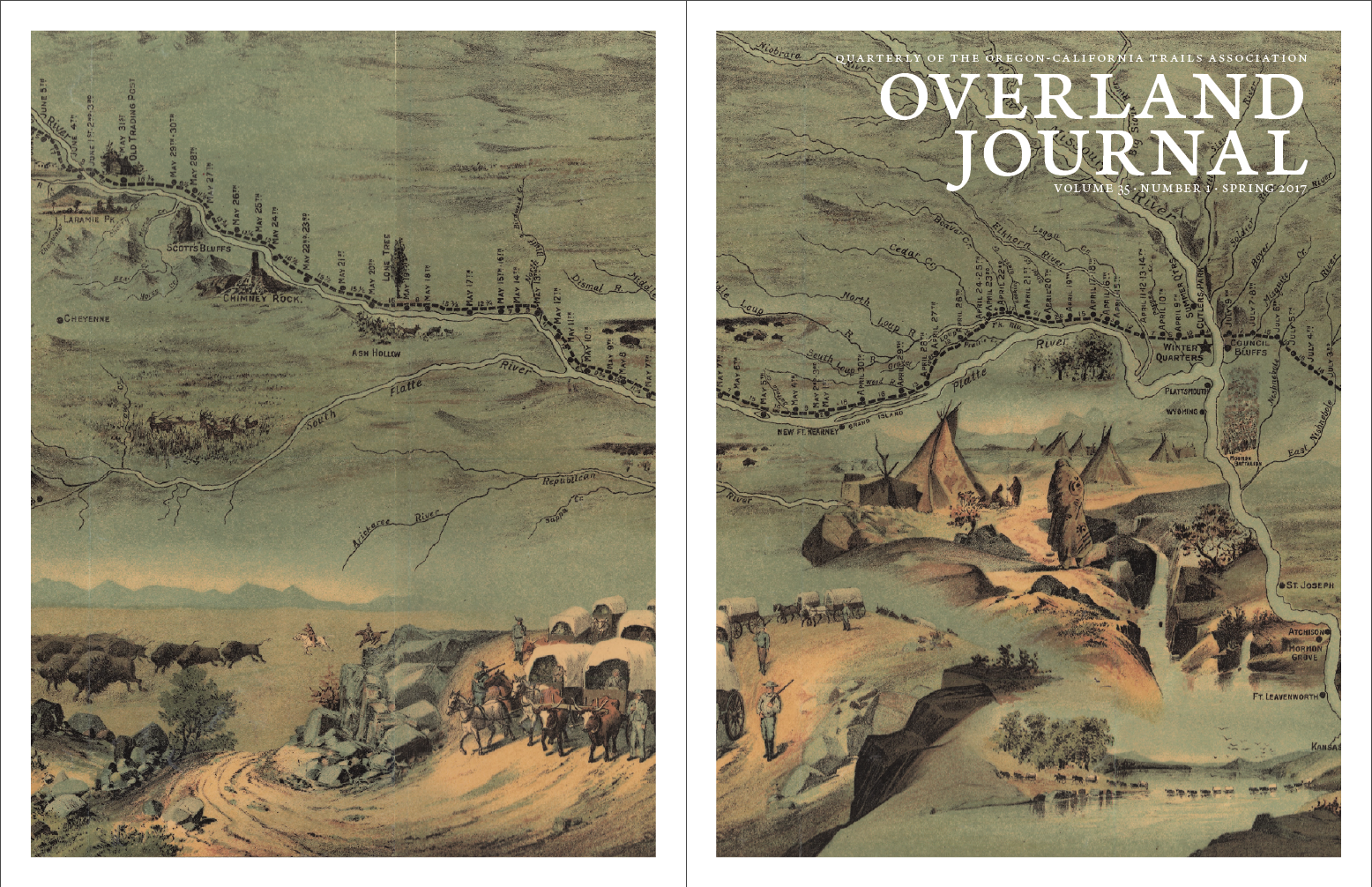 The back (left) and front cover of the Spring 2017 issue

I’ve been saving this image for years, just waiting for the right Overland Journal to come along. The focus of the spring issue is Council Bluffs, Iowa, the site of the upcoming annual conference, but none of the articles specifically discussed the Mormons, whose Winter Quarters were situated right across the river. This map, showing the Mormon Trail from Illinois to Utah, worked perfectly for this edition in multiple ways.

First, it is a dynamo image, with that deep, grainy color and texture that is similar to the spring 2016 cover shown here. It shows the location of Council Bluffs and Winter Quarters right at the junction of the two rivers and their proximity to other jumping-off points for overland travelers. It also tells a story in an instant, with the covered wagons heading west (onto the back cover), with prominent trail landmarks sketched and the dates of camp. (The dates are based on the journals of Orson Pratt, who traveled west with the Brigham Young Pioneer Company. Campsites and dates are marked by black dots, and mileage is also indicated. Pratt was also one of the Twelve Apostles of the Church of Jesus Christ of Latter-day Saints.)

Second, we were able to run the full image inside the text, accompanying a reprint of “The Council Bluffs Road,” an article by trail historian Merrill Mattes. Mormons and the Mormon Trail are one of the topics of the article, so it beautifully illustrated his points, stretching across the two-page spread.

This entry was posted in design resources, journals and tagged cover design, Library of Congress, Overland Journal. Bookmark the permalink.